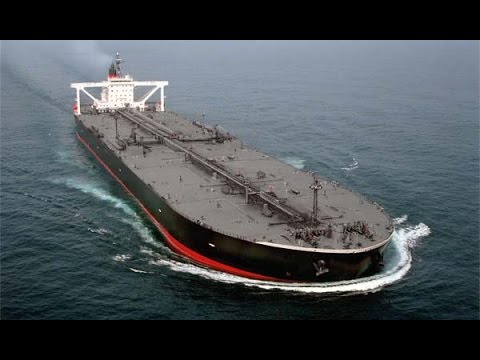 BRAEMAR ACM has put the brakes on bullish talk of any vaccine-led growth in oil demand leading to a full recovery for the beleaguered tanker sector by the second half of 2021.

“We are probably not fully out of the woods on the dirty side until the middle of next year, or even at the far end of next year,” Anoop Singh, the shipbroker’s Singapore-based head of tanker research, told a Baltic Exchange forum.

Although oil demand in east-of-Suez regions has already recovered to 2019 levels, the active tanker fleet shipping crude and fuel oil was poised to be 12% higher on average than in 2020, he said.

These added supply pressures are set to neutralise any recovery in oil demand growth.

On top of 30-plus newbuilding very large crude carriers being delivered, any lifting of Iranian sanctions would release an additional 50 ships into the trading fleet, according to Braemar ACM research.

Despite these very low growth numbers, the rise in tankers re-joining active trading if sanctions ended would offset rising volumes of seaborne exports.

Combined with the negative drag of inventory drawdowns, the expanding fleet would delay a widely anticipated recovery that has been talked about for 2021’s second half.

That is unwelcome news for owners of an estimated 2,900 clean and dirty tankers above 35,000 dwt currently trading. Earnings across segments — from medium range tankers through to larger VLCCs — has been below operating expenses for most of 2021.

Some routes have registered prolonged negative time charter equivalent rates for months as stalling economies west of Suez and export curbs agreed by oil producers in the Middle East see the supply of ships outpace demand.

Mr Singh said current tanker demand was 6% lower than year-ago levels when measured on an oil-in-transit basis. By comparison, the active, or trading, fleet was 9% larger than 12 months ago.

Chinese tanker demand — which accounts for nearly a quarter of seaborne crude — was forecast to remain at 2020 levels, as refineries drew down land-based stocks. This would neutralise imports even as refinery throughput expanded.

Iranian sanctions have left some 40 VLCCs and seven suezmax tankers owned by the National Iranian Tanker Co unable to trade over the past two years. Most are being used for storage or subterfuge trading.

US policy on sanctions is one of many potential headwinds for tanker earnings in 2021.

Members of the Organisation of the Petroleum Exporting Countries have yet to decide on production levels that may influence the global oil price, which in turn will influence Chinese buying and trade flows.

“Tanker demand for west of Suez we do not think will recover and return to 2019 levels ever,” said Mr Singh.

Refinery closures in Europe and the US mean the Atlantic basin will need less crude, which is seen as a positive for clean tankers.

“These refinery closures are incentivising more trade in north America, which will lose about half a million barrels per day,” he said.

“That is all positive news coming for clean tankers, but the challenge really is what happens to gasoil demand and when does the gasoil trade start to fully recover.”

This influenced long-haul trades such as jet fuel and diesel from the Middle East to Europe, which is dominated by long range two and one tankers.