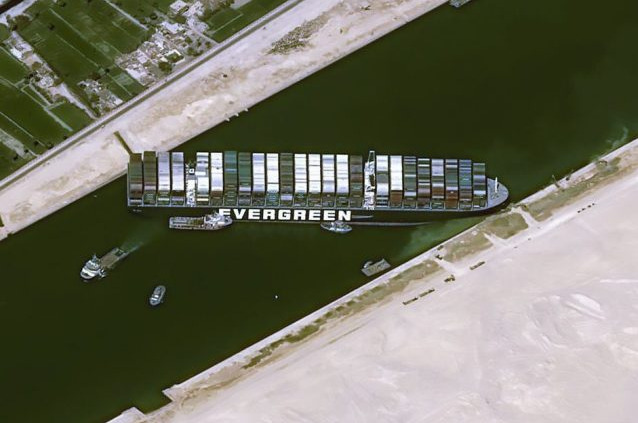 Individual insurers should escape serious damage from the grounding of an ultra-large containership that blocked the Suez Canal — and world trade — for six days in March, according to Marsh.

The insurance broker said it looks like the final settlement for the grounding of the 20,388-teu Ever Given (built 2018) on 23 March will be shared among several providers — but the process looks set to be complex.

Marsh explained the right of shipowner Shoei Kisen Kaisha to limit liability, the Hague-Visby defences and the difficulty of bringing pure economic loss claims should temper the impact on insurers.

“The significant losses arising from this incident are likely to have been widely spread among numerous insurers,” Marsh said.

Stage one of the claims process has been completed. The shipowner’s insurers — protection and indemnity mutual UK P&I Club alongside hull and machinery coverage provider Mitsui Sumitomo Insurance — reached an undisclosed settlement with the Suez Canal Authority (SCA) in June over salvage costs and other losses.

The broker said cargo insurers may seek to contest the amount agreed with the SCA or claim that there has been a breach of contract by the shipowner, in a bid to reduce their general average exposure.

“If the breach of contract arguments are successful, general average claims would be covered under the protection and indemnity insurance,” Marsh said.

There is another potential issue with the initial SCA settlement.

How that agreement is described within the general average discussions could play a part in how the financial liabilities are distributed.

According to Marsh, law firm Clyde & Co has said that if the SCA settlement is submitted as “salvage”, then hull and machinery insurers will pay the amount due from the shipowner.

But, if the settlement is described as covering the SCA’s loss of income, damage to the canal, or a fine, then it will fall outside the general average discussion and become a P&I liability.

There is also an issue over whether financial losses caused to other owners and operators by the six-day blockage can be claimed back from the Ever Given’s insurers.

Although such third-party claims are usually considered too “remote” from the initial casualty, the sums involved are encouraging some parties to explore their legal options.

Marsh said one shipowner claimed to suffer a $20m loss due to the delays caused by the Ever Given grounding.

“The scale of the losses for some shipowners — especially large container operators, who had multiple ships delayed — may have been considerable,” Marsh said.

“Many of them may already be consulting lawyers to see if there is a more favourable jurisdiction in which to bring their claims.”

It’s been a long time coming, but this boom is real (source: Tradewinds)